This set of pictures is intended to represent some of the inner struggles of an (imaginary) individual who, frustrated and browbeaten by a domineering partner, imagines a dramatic lifestyle change.  The theme for the images is restraint – not physical but emotional.  So the bound together glasses signify the impossibility of enjoying their contents, because to raise one would spill the other.  The cutlery is nailed down and can’t be used to eat with – but the food is inedible.  The egg, despite the application of intense heat (hothouse) remains uncooked, raw… like the anguish of the diarist.  The banana can’t be eaten, the skin is still attached – who cut it up like that, mocking the diner?  And carelessly wasting the cream, just like the waste of a life.

I had just seen the exhibition “Torbjørn Rødland: The Touch That Made You” at the Serpentine Gallery.  I was in no small measure inspired by his use of the everyday to assemble a disturbing scene, one which was at the same time plausible and unnerving: 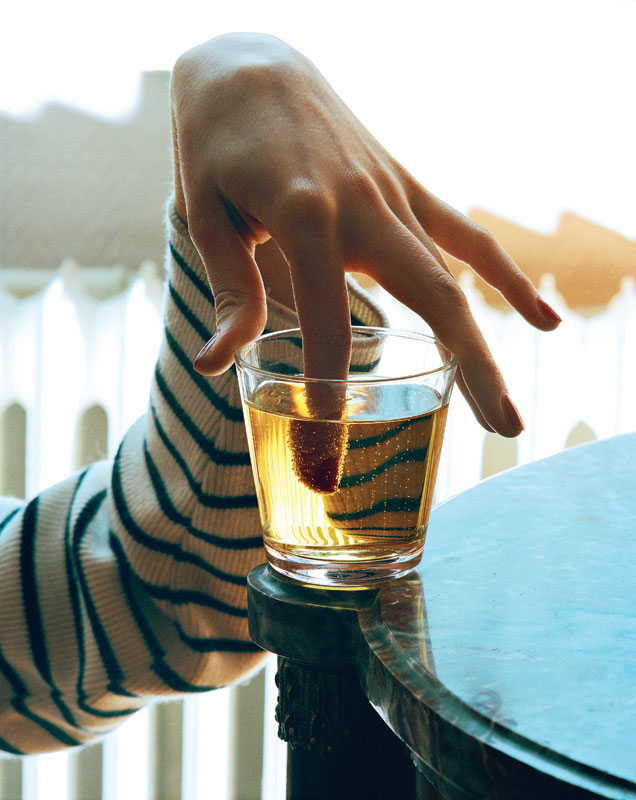 The pictures I made followed the rather disjointed (invented) narrative of the diary.  I intentionally limited myself to things I had lying around the house, but tried to photograph them in a way which suggested instability.

Following tutor observations, I recognise some factors which have made the assignment rather less effective than it might have been.  For example, the background I used is a good sized bit of parachute silk (actually I think it’s man made), which is a very handy light modifier but is clearly a bit bland and artificial as a background for this kind of intended vibe.

I’m often tempted to direct attention to certain areas of a picture by the use of differential focus, but I acknowledge that it needs to be done sparingly, particularly the ‘tilt/shift’ thing.  Just because you can, doesn’t mean you should!

I planned these shots out beforehand, about a week in advance, then set about making them all in one morning.  I think it may have been better to do one or two, see how they worked out then let that inform the following work.  Too much planning…