The humble shopping trolley offers a timely metaphor for the modern preoccupation with consumption.

For over three years the photographer Luca Ellena has been on the trail of such displaced shopping carts and their impact on Berlin’s image, and has recorded these sculptural objects in all their bizarre poses. (2020) En.lucaellena.com. Available at: https://en.lucaellena.com/ (Accessed: 25 October 2020).

First I will let some of the photographs speak for themselves: 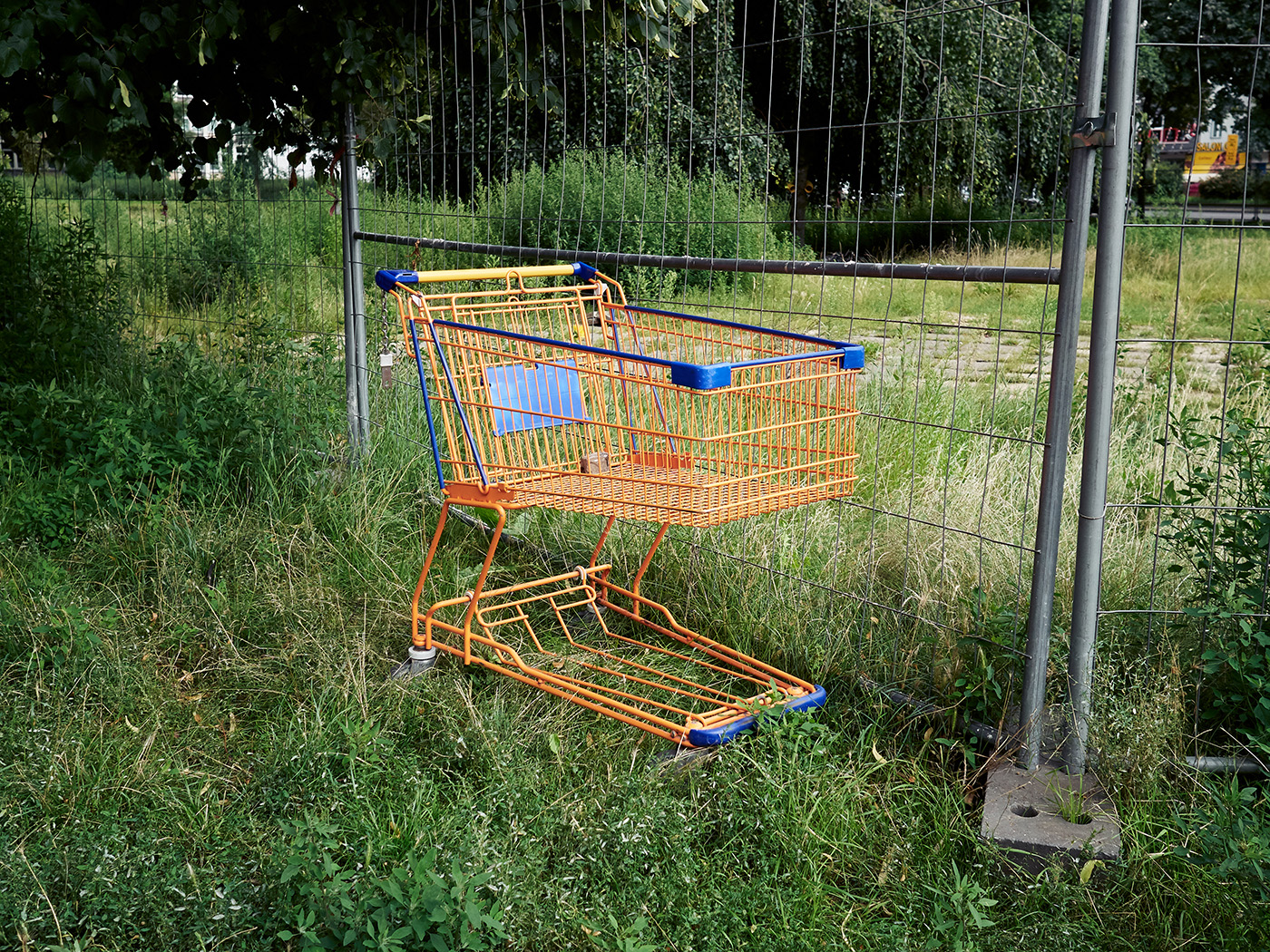 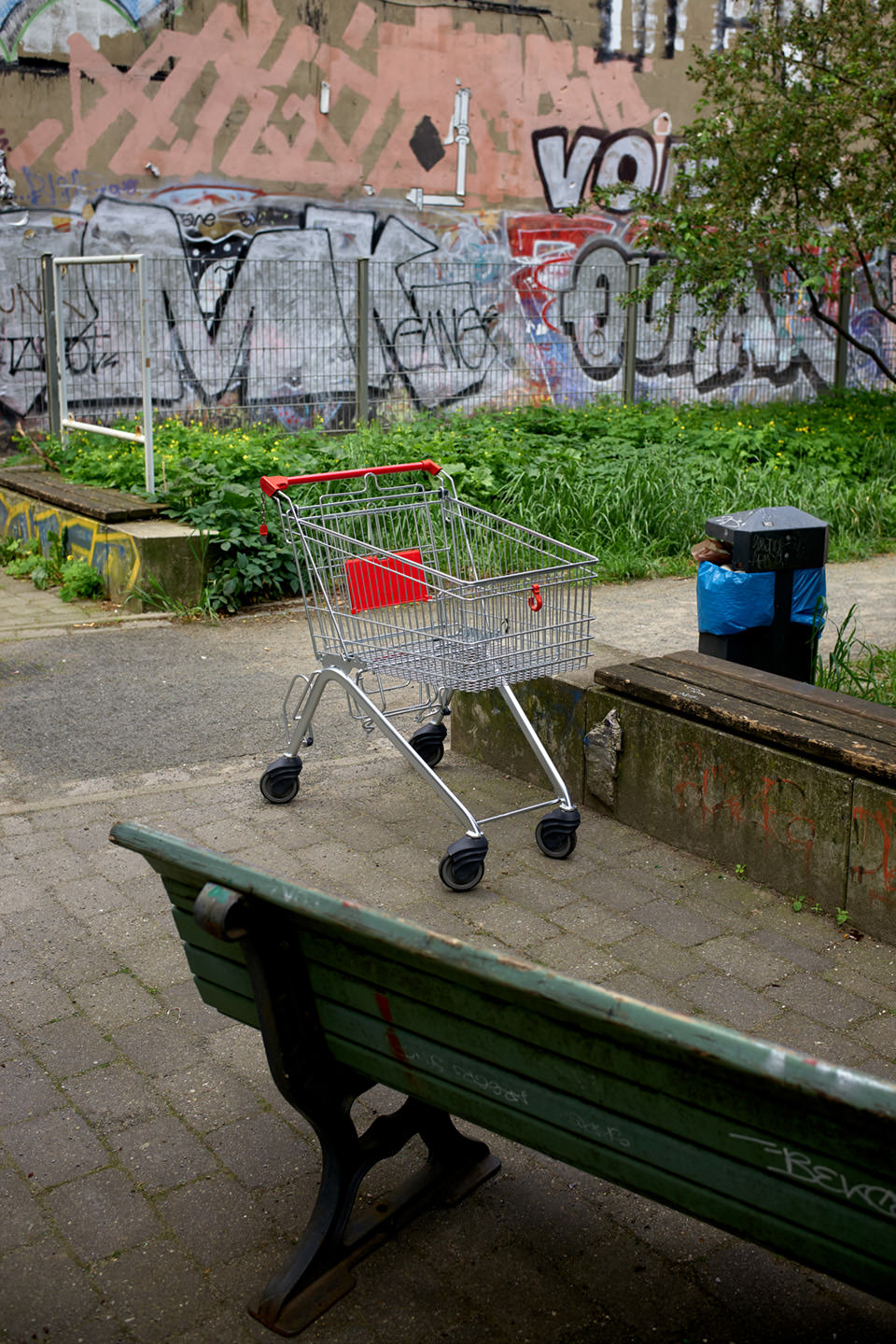 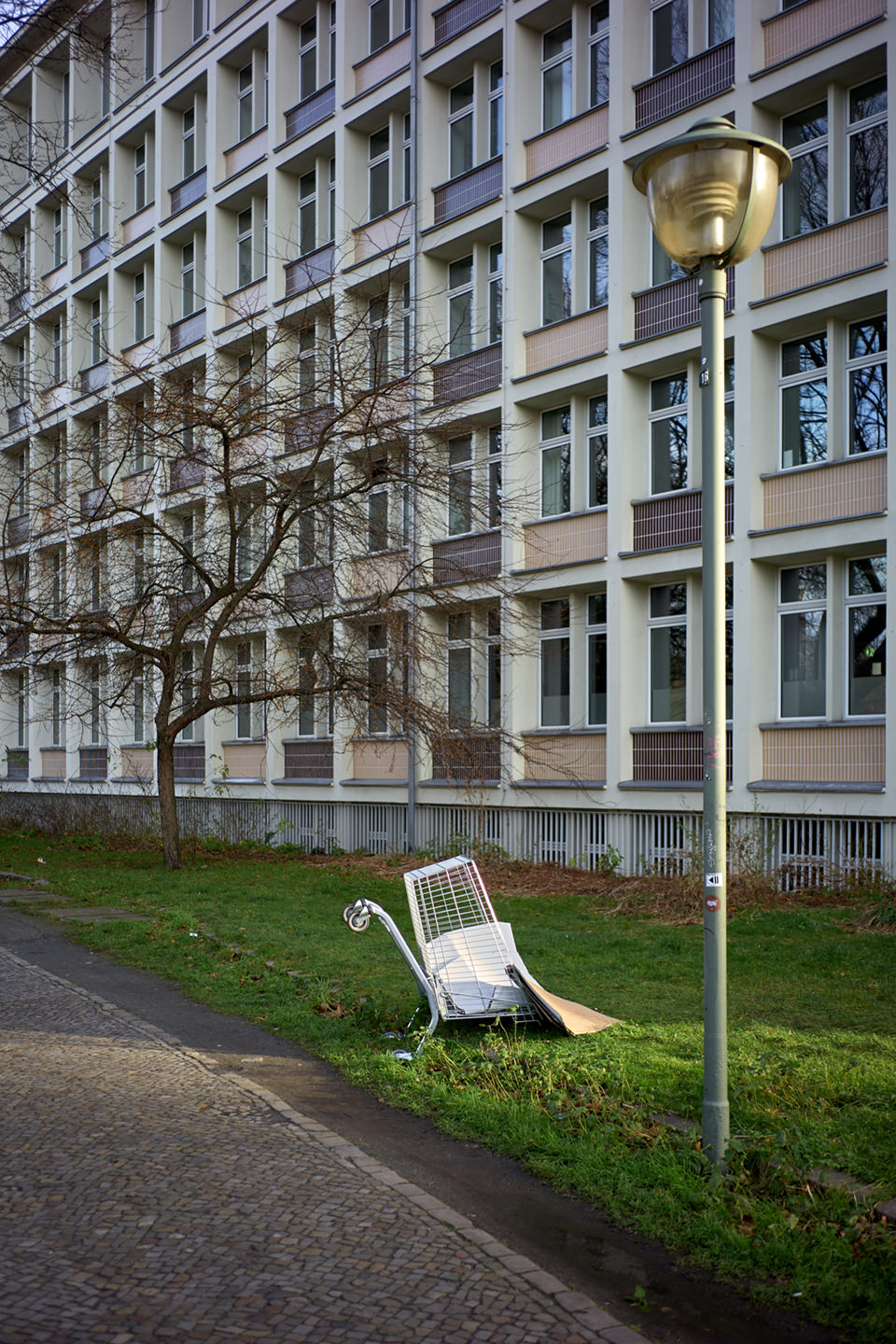 These pictures appear to be snapshots of accidentally found shopping trolleys.  I hope I’m not being unfair to Luca but there doesn’t appear to be much in the way of aesthetics going on here.  He went for a walk (often), saw the occasional trolley, snapped it and moved on.  He ended up with quite a few hundred pictures and decided to attempt a crowd funded project in the form of a book.  The WeMakeIt crowdfunder raised the entire CHF 3800 (£3220) required in a month.

This project must be counted as a success having moved from idea, through execution to finished product.  What were the factors involved?   Firstly the idea; Luca has a genuine interest in shopping carts and their adventures outside the supermarket; he likes walking around Berlin taking pictures, not only of trolleys; he is committed to an idea which he feels is worthwhile.  If I’d had the idea I don’t think I would have had the bottle to ask for nearly four thousand quid to get it in print.  I would probably have been wary of mentioning the project out loud never mind ask for money to back it.

All of which serves to illuminate a current deficit in my photographic practice:  I lack the courage of any conviction I might harbour.  No, to be fair to me, I have had one or two projects which I felt determined about and ran them right through to a satisfactory conclusion – the Bishops project for example, though I failed to follow through with that – it could have developed into a project embracing the entire bishopry given the encouragement I received.

Lesson: ideas are two-a-penny and even good ideas are relatively common, but the drive and determination to slog away, step by step for months doesn’t come as easily, to me anyway.

I haven’t forgotten about Luca’s pictures.  I will say that they lack affect – there is little to tell between any pair of them.  They appear to say ‘people are thoughtless and shortsighted’ but no one picture says that any clearer or with more nuance than any other.  Is an abandoned cart just an abandoned cart?  Or is there always more to it than that?  If there is, then these photographs do little to elucidate the matter.  Perhaps it is much simpler than that, Luca made a book to show rather than tell. He finds the pictures have value and enjoyment in themselves, without any messaging attached. Forty-four crowdfunders agreed.   Fair play to Luca.