The images above are from Andersen’s work in the Cafe Lehmitz, Hamburg made over a three year period in the late sixties.  He photographed the customers pretty much as he found them with no concession to pride or dignity; often his subjects were in an advanced state of intoxication and their behaviour uninhibited.  The images appear to give an honest account of life in that establishment.  They aren’t posed (not by the photographer anyway), they seem to have been made in the available light and the grittiness of the film adds authenticity.  Petersen was aged around 23 when he did these, much younger than most of the clientele.  I expect he would have been a bit of a novelty at the time and probably viewed without suspicion as to the purpose of his activities.

His St Etienne work is from 2005 and continues his depiction of hard places and the people who inhabit them.  He applies a dark vignette to the photographs to prevent attention from running out of the frame; this also suggests a claustrophobic, inward-looking feel along with the monochrome treatment.  Gritty again, even though by this time it would not have been  technically unavoidable.

“When Petersen’s work succeeds, it does so because the knowing skills of photography become secondary and effortless, leaving only intimacies, revelations and possibilities. The formal tactics that dominate French Kiss have been long refined. Yet, perhaps for that very reason the book rarely feels as untethered as the Lehmitz work still feels when happened upon, a substantial series defined, not by the photographer, but by risk, openness and the energy of his subjects, by the depth and relationships, and by the uncertain prospect of reaching a steady tomorrow. Ken Grant ” French Kiss – FOTO8. Retrieved July 5, 2017, from Web site: http://www.foto8.com/live/french-kiss/ 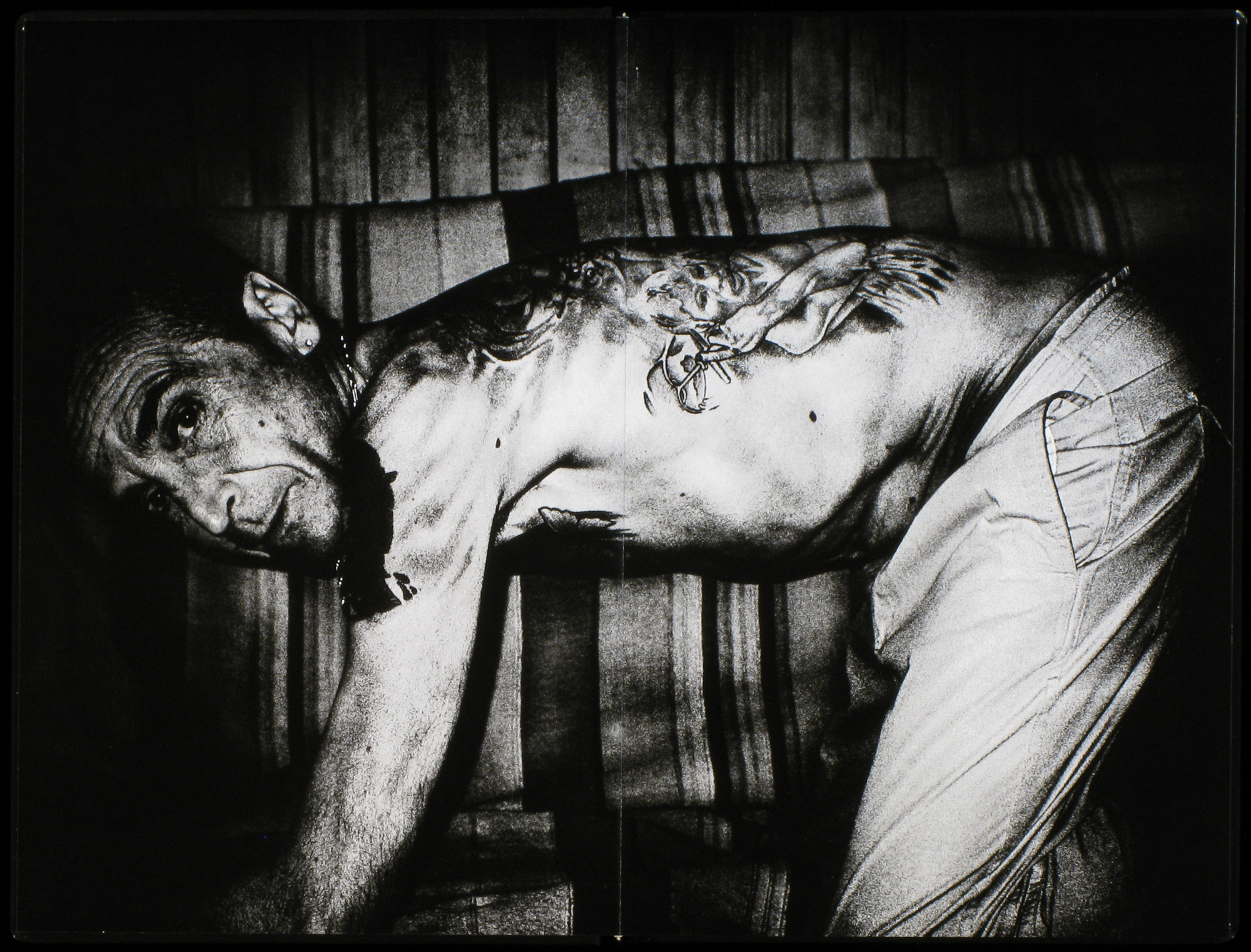 Ken Grant’s appraisal on FOTO8 mentions the risk, openness and relationships developed by Petersen in making these photographs and the pictures themselves vouch for those qualities.  The ‘knowing skills’ of photography is a compelling idea too, the notion that the photographer’s most valuable tool is himself.   Certainly Andersen has made a career out of rubbing shoulders with subjects whom one might reasonably suppose would be somewhat wary of photographers; he didn’t gain their trust by inviting them to admire his 80-200mm f2.8 lens.

It’s harsh, unnerving work which does not please the eye in a formal sense but which carries considerable weight as documentary or reportage and there’s no doubting the photographer’s commitment.