Much of the photography discussed in the course involves work by western Europeans.  I wanted to take a look at some Eastern European and Russian photography and luckily this is very easy to do online.

Evgeny Makarov (Russia 1967) makes monochrome pictures, most often presented in a square format.  His subjects are young people, mainly in an urban setting. He makes use of architectural features as backgrounds, placing his subjects within the frames generated by such elements. 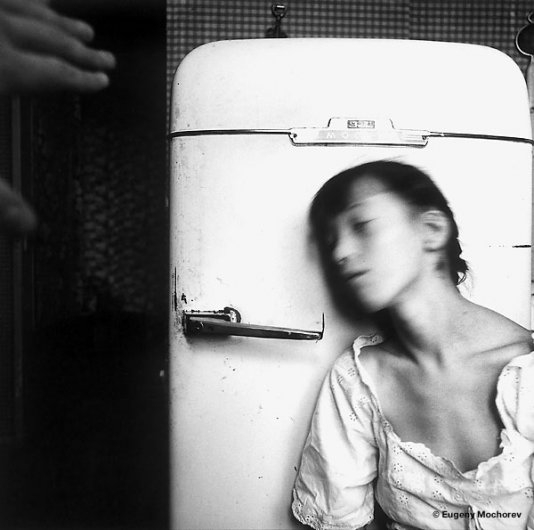 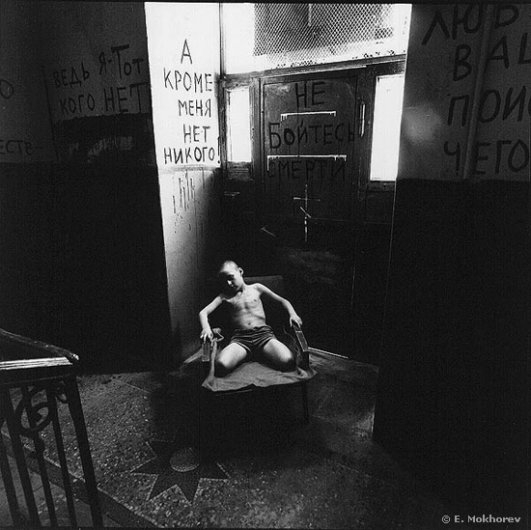 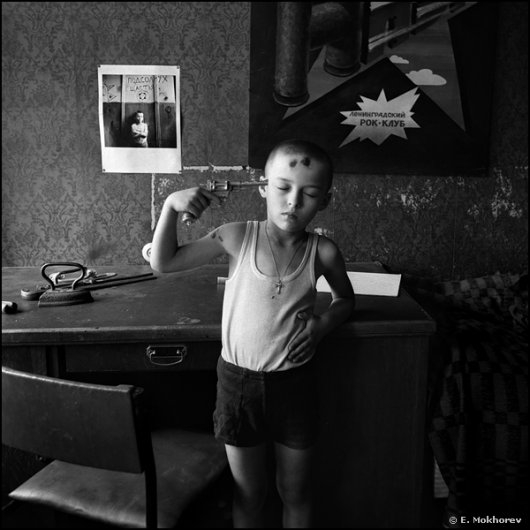 Although many of his subjects are teenagers he also includes children in his work.  Some of the pictures depict them in somewhat disturbing circumstances; they are often shown in apparently squalid conditions, poorly clothed with expressions which suggest distress.  Perhaps there is a cultural influence at play here.  In the West these pictures may be viewed as exploitative but social codes are different for Makarov.  There is economic deprivation among many of the inhabitants of St Petersburg and the children are similarly affected.

The interior portraits – I consider them such, since they are posed and purposeful – are daylight pictures, the subjects placed to catch the natural window light.  The shadows are soft and where nakedness is apparent, this serves as a contrast to the harshness of the surroundings, suggesting vulnerability. The subjects return the camera’s gaze, inviting or at least acquiescing to the viewer’s study.

Comparisons with the work of Sally Mann, Rineke Dijkstra and Lara Pannack are easily accommodated.  All seem to convey a connection between the subject and photographer which goes beyond an simple snapshot.  There is an element of trust implied, some commonality between the parties;  the subjects appear to be comfortable in their relationship with the photographer.

Nikolai Bakharev (Russia 1946) began his career working in a ‘service centre’, – a facilty largely unfamiliar to Westerners – where all manner of technical repairs were carried out by skilled staff.  If you wanted your television fixed, that would be your first option.  Photography was on offer too and Bakharev recorded the life events of the local citizenry, their weddings, anniversaries and birthdays.

Until the early 1970’s official Soviet photography as practiced by state employed practitioners adopted a documentary realist approach.  After perestroika, there was a certain liberalisation which gave rise to more individualist portraits, those which dwelled on the subject rather than simply conforming to the state-approved method. 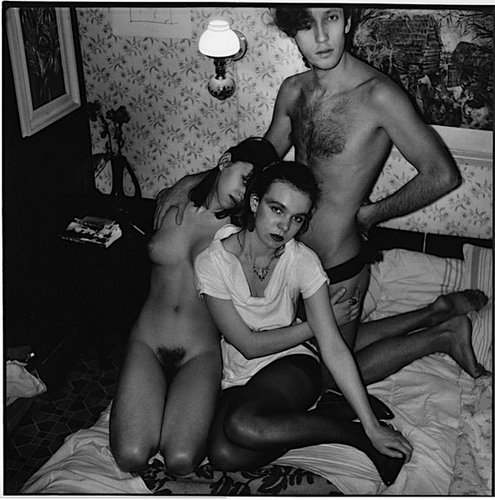 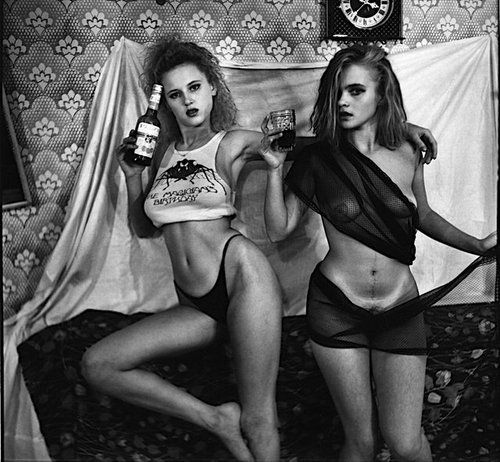 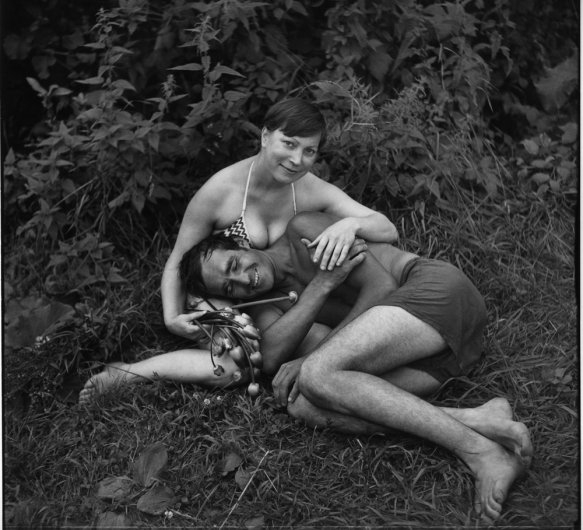 But Bakharov went further than this, encouraging his subjects to give expression to their new-found ‘freedoms’ by involving nudity, challenging the social mores which had long dominated everyday life along with the censorship which had prevailed since the late 1920’s.  His subjects are mainly young people, the first to enjoy a thawing of government strictures.